Covid-19 has changed the ways of working of the media and influencers, with an increasing number of people preferring to work from home. Manifesto expects this trend to survive the pandemic. At the beginning of the wave of infections, Manifesto, together with the international food and beverage company Paulig, upgraded the popular cooking school concept by making it virtual. Over the past two years, the events have really trended.

A survey* commissioned by Paulig a couple of years ago revealed that Finns only use an average of 3.6 different spices when cooking at home. With its Santa Maria spices, Paulig wanted to highlight this issue and offer food professionals new inspiration for seasoning food.

The cooking school set up in collaboration with the Martha Organization combined the Santa Maria spices with the resources, recipes and instructions prepared by the Marthas. The idea was to send a message to food professionals and encourage them to use spices lavishly in everyday cooking in order to combat the quotidian macaroni melancholy.

Paulig’s communication department launched the first cooking school five years ago. Manifesto was involved in the project right from the beginning. Over the years, Paulig’s cooking school concept has been honed to perfection. After the onset of the Covid-19 pandemic, the concept was reformulated: If we can’t invite guests to a common event, we invite ourselves on a virtual visit to their home. Accordingly, most of the ingredients needed for the cooking school were delivered to the participants’ doorstep to make it easy to prepare the meals.

At the virtual event, the participants were able to cook a three-course menu according to the instructions provided online by Paulig’s Chef Petteri Kanerva and Martha Organization’s Head of Development Maija Soljanlahti. At the same time, the participants were given plenty of tips on seasoning and how to store spices, among other things. Additionally, Paulig’s coffee expert Ulla Suoraniemi showed them how to make café au lait properly. Serving as the presenter was Paulig’s Communications Manager Pirjo Hästbacka.

Held on the Vimeo platform, the cooking school attracted close to one hundred food journalists and social media influencers. Petteri Kanerva and Maija Soljanlahti’s dynamic interaction in the test kitchen was an inspiration to home cooks and created a supportive and relaxed atmosphere. The event generated articles in Ilta-Sanomat, Iltalehti, MTV News, Maaseudun Tulevaisuus and several blogs.

“Social media influencers posted actively during and after the event. Additional social media coverage was created by the call to share the cooking school experience on the participants’ own channels. All those who did so were entered into a draw for cooking courses given by Martha Organization. Some of the exchanges took place in the event chat room where a lot of good questions were put to the hosts”, says Hästbacka.

Underlying the success of the virtual cooking school were strong and proven cooking school concepts developed by Paulig’s Communications Manager Pirjo Hästbacka, Manifesto’s project expertise as well as close cooperation with the Santa Maria brand and the Martha Organization. Aside from coordinating invitations and registrations, Manifesto was involved in overall planning and responsible for visual identity and the production of the communication materials.

Click here to check out the event held in February 2022. 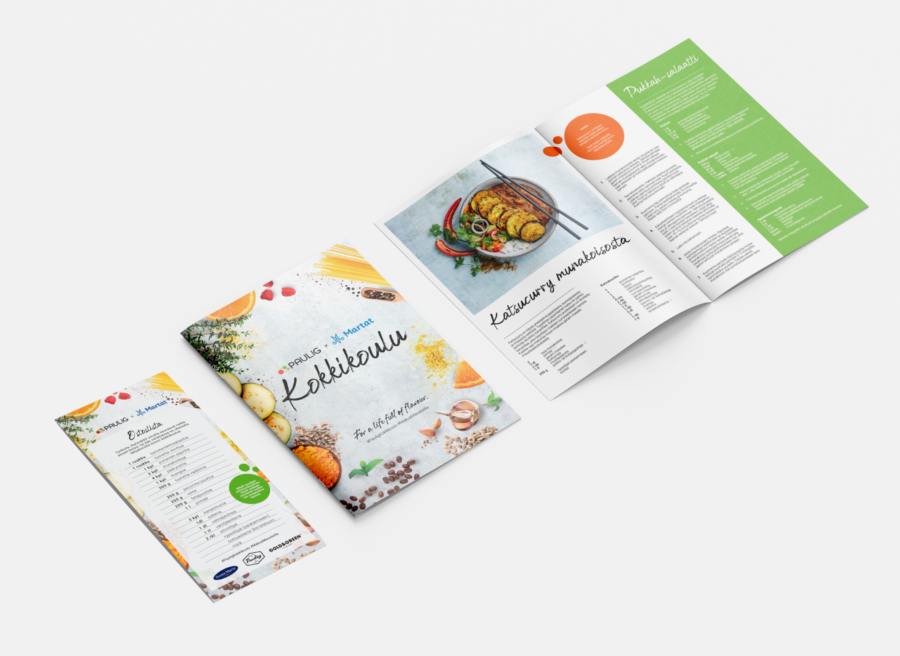